Inspired by the Star Trek and Star Trek Into Darkness films, the newest Star Trek pinball machine puts players in Captain James Kirk’s chair of the U.S.S. Enterprise, embarking on a journey to protect and defend the planets of the Federation.

Players will instinctively know exactly what to do when they approach Star Trek pinball – destroy the U.S.S. Vengeance, a key action-packed feature on the playing field. From the very start, players will have the chance to unlock special opportunities, collect tantalizing bonus features and win a series of accolades called The Captain’s Chair. Star Trek aficionados can expect the classic battle between the heroic Enterprise team and the villainous Khan as well as run-ins with Nero, Klingons and the Narada.

"Curbside" shipping consists of the pallet being removed from the truck and dropped off curbside. "Inside" shipping includes elevators/stairs and is available upon request CALL FOR QUOTE 480.370.6677. Detailed instructions of the interior and any obstacles along the path (i.e. elevators, stairs, narrow door ways, and other obstructions) will need to be gathered and transmitted to ensure accurate delivery/pricing

(No reviews yet) Write a Review 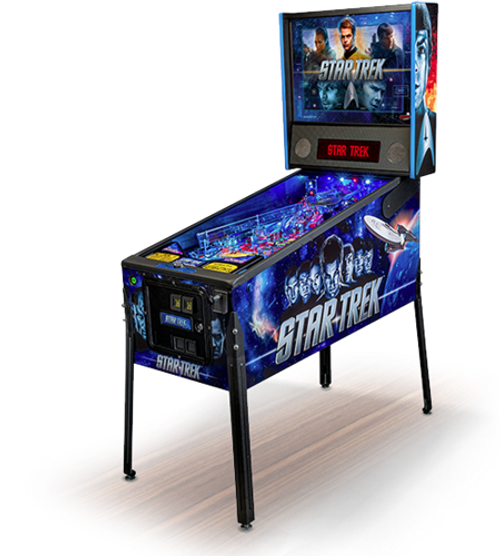